Having noticed that my top alternator mount was cracked I faxed through an order to Chris Wirtor for a replacement one in stainless. I bought some other trinkets too. Impressive turn around on the order and a good price too.
Chris Witor - Triumph 2000,2500,2.5 & Dolomite Specialist Parts Supplier.

They break quite often - it's the second one I've seen broken in 2 years. 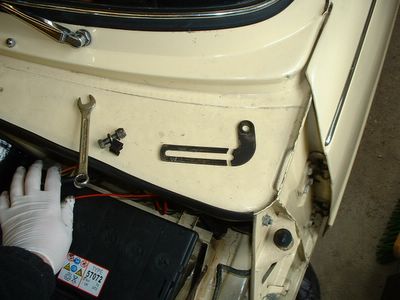 These top mounts aren't available new and no one else is making them so second hand ones are getting harder to find. Not that they are anything special, just another part to remake. 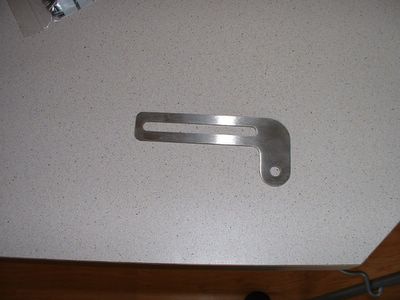 The above new one arrived in 24 hours, impressive :-)

Whilst on the Bling trail I also went from this 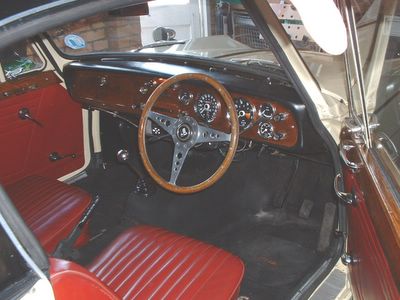 To this - hard to see in the dark I know. 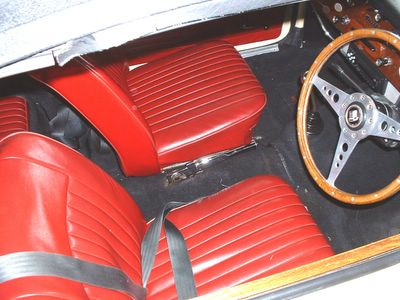 It's a chrome handbrake lever I've had on the shelf for at least two years. Another impulse buy. The handbrake in the Vitesse needed atttention, the lever was loose and moved excessivly so I took it apart, the rubber boot was well knackered and I though "What the hell, let's go 'exposed' for a change". A new cable might be needed as it's pretty well stretched, I'll adjust the rear drums and see what it's like first though.

And finally, as I may be going abroad in this car, I thought a GB sticker would be good. Again, here's one I've had in the garage for several years. 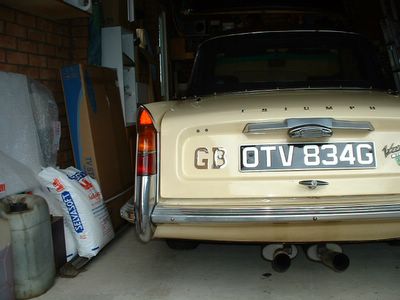 ....and that concludes today's blingification. Of course I still haven't fixed the overdrive fault!
Posted by Jason at 2:57 pm