Mostly this week I have been doing stuff for the PI. 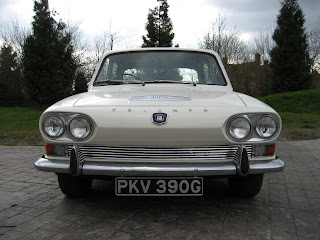 Monday I got the new tyres mounted on the Gemini alloys, they do look nice now.
Whilst I was at the tyre fitters, Dave called and left a message (phone was in the car whilst I paid for the tyre fitting) The message went "Listen to this...." followed by some lovely 6 pot noises :-) The PI had refused to start on it's 18 month old petrol and flat battery so I asked Dave to recommission it for me and get an MOT - remember it's not moved for 18 months since it's last MOT!

I must take the plastic off the door too 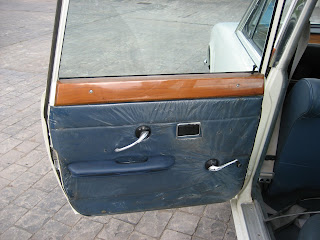 On Tuesday I had a meeting in Birmingham so I loaded the wheels and tyres up and left early to drop them off at Canleys. The car was in the workshop still on it's shitty mismatched 40 year old rubber. It's going to look good on those wheels I thought to myself.
Today Dave texts me to say it's off for an MOT at 5:15. UPDATE - it passed :-)
Tomorrow my parents return from the US and although they don't know it yet they're giving me a lift up to Dave's. I'll take a day off work on Friday and rust proof the PI - it's hardly been outside in the last 40 years let alone see the road. I also need to sort out a choke cable, a battery (the new one put on 2 years ago has died) and fiddle with whatever else to drive it home. 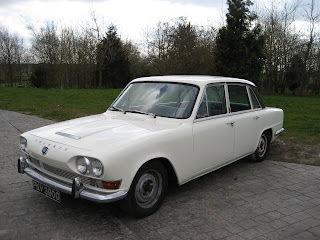