One of the things I like about this old car malarkey is that on your travels you meet lots of interesting people along the way.
One such chap is Gary Whitcombe who was a competitor on both the 1974 UDT Marathon and the 1977 London to Sydney Marathon. I met him at one of the WCR40 event meetings and it turns out he lives a stones throw from my parents house in Pershore, Worcestershire.
Whilst chatting to him about films, Triumphs, deserts and life changing experiences he asked if I knew anyone who wanted a nice GT6. He then proceeded to describe an honest car that has been waxoiled and garaged but hardly driven recently.
Thsee pics were taken in a hurry after a rainy day. Gary says the waxoil is every where and it's staying on if its what kept it pretty much rust free for 37 years! The sill trims are still on (these often get lost when sills are replaced) but 2 of the little clips need fitting back on the sill edge. Gary says that when he cleaned the drain holes in the sills liquid wax came out in last years hot weather. Under all the wax it really does look like an original car, as it came out of the factory,. There's a bit on the top of the windscreen that has had a liitle repair work.
Gary says he's willing to haggle but he knows what iut's worth and is looking for £4750.00. I don't think that's too much as the car does come with all bills and history from the first invoice when new.
Now I've not seen the car in the flesh and I don't know much about it other than above and what I can see in the photos but as Gary wants it to go to a decent home I thought I'd let you the readers know about it - I've no financial interest in this and you will need to deal direct with Gary in Pershore.
Gary can be contacted on 01386 861507 or email using Gary Whitcombe at aol dot com with a ".", a "@" and no spaces ;-) 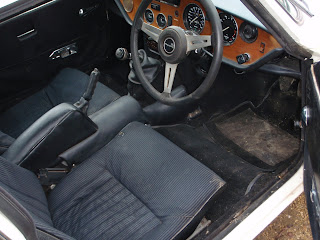 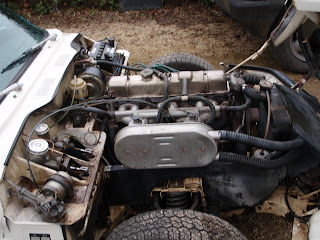 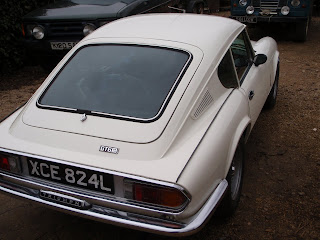 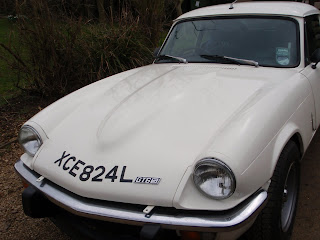 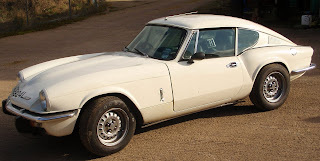