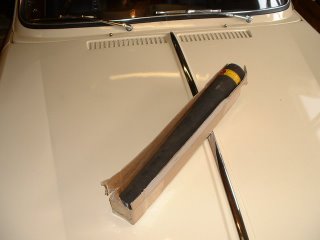 So, item 6 on the list of things to do was find some hose to make the plenum chamber connectors. The eBay hose I found was exactly what I needed, a length of 48mm radiator hose - nothing fancy and only a few quid.It arrived so well packaged I didn't recognise it. mind you, I had loads of stuff turn up, it was like Christmas! So today, despite the heat and humidity I decided to have a go at what should be a simple job. 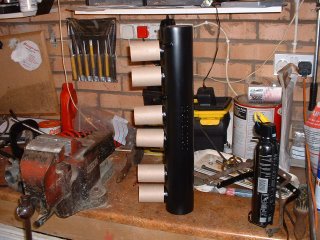 First job was to ensure the mocked up cardboard tubes were right. 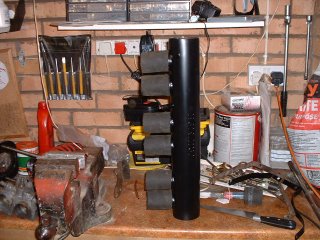 Then replace those with pieces of the radiator hose, cut to the same length. 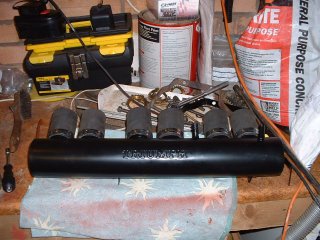 Next, add some Jubille slips to clamp the tubes to the plenum. 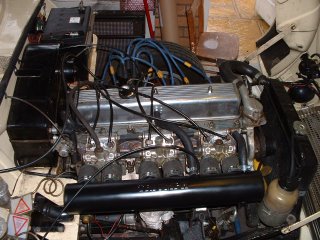 And here's the "final" product, I've connected the air bleed and rocker breather to the plenum, not sure if I'll keep it like that. For a start I need some proper vacuum hose for the air bleed. On tickover that draws all the air needed for the engine to run, I don't think it would collapse the hose but you never know.
There's no support bracket under the plenum, as there should be. In the Vitesse the mountings used for the plenum chamber are both occupoed and obscured - occupied by the engine mount and obscured by the exhaust.
The pipework holds it all a little higher and a little further off the throttle bodies so that it now just clears the throttle linkage and the bulkhead.
So most of a job ticked off, now I need a filter or some ducting and standard filter holder.
So the list now looks like this
Posted by Jason at 4:31 pm