Thanks to Andy Martin's camera in the hands of I think Dave Pearson here are a few action shots of me making a mess of the test circuit. All I can say in my defence is that I was laughing too much to notice where the cones were and was completely unable to control the old girl around them anyway. Turns out I missed only one which I count as a superb victory!
First is the calm before the storm, you get a 5,4,3,2,1 count down and then you're off! 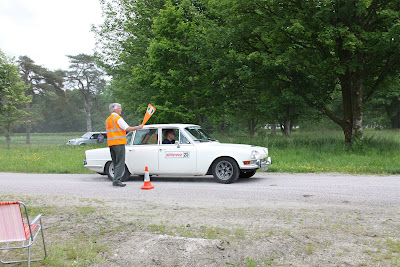 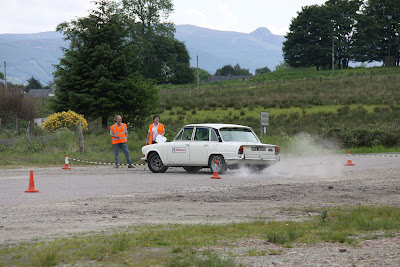 The result of the welly giving was to produce an impressive cloud of dust and missing the cone by a mile. 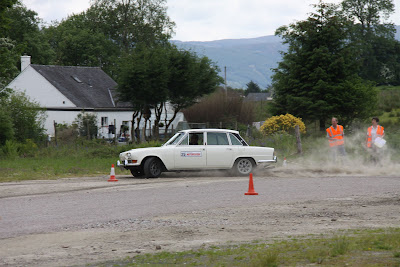 OK so I was on the wrong side of the cone! 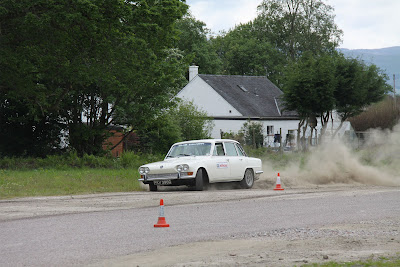 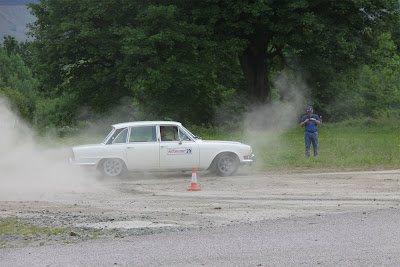 All told it was over in the blink of an eye, but it was fun!
Posted by Jason at 8:43 am