A little trip around Reading's plumbings and builder's merchants has turned up the neccesary 80mm pipe to make up a filter housing. 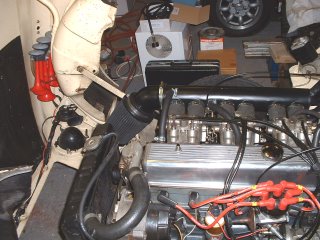 OK it's an 82mm grey soil pipe 45 degree bend - cut down fore and aft to allow the K&N to fit under the bonnet and to the side of the radiator - it's pretty tight and I've yet to refit the grill but I think it'll be OK. 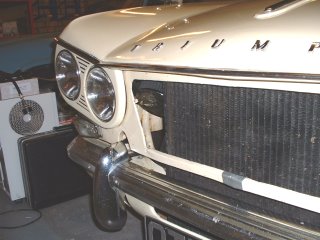 I'm disappointed that the chrome face of the filter is facing the fresh air but that's the way it ended up. I have seen a Pipercross filter that has some gimmic "vector cone" intake that takes air into the centre of the cone - that would be better so I'm going to see if I can get one of those. The K&N is OK and didn't cost me much - it's off a boy racer's Nova! Another cheap and nasty eBay special. 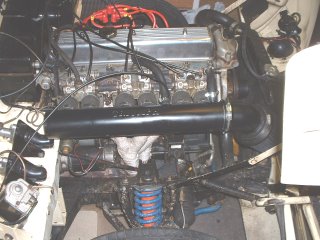 Here are some photos of the finished job, I sanded the pipe to provide a key and painted it black so it doesn't look so obvious!
There is no real support for the filter or the plenum chamber but it's pretty solid with all those jubilee clips! If it sags I'll make up some support brackets.
The little bit of gaffer tape you see on the bottom rail of the bonnet is to hold the thing together - a little remedial bodywork is needed here. A wintder project may be to find some of the right paint and tidy up some of the scabby bits on the car.
Posted by Jason at 7:09 pm