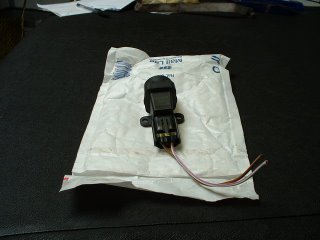 The modern inertia cut out switch was an eBay purchase, I would like to keep it Triumph and use a proper one but they were fetching silly money on eBay when I bought this one. In fact the modern ones were so cheap I bought two.
The switch is mounted on the bulkead next to the battery - I have some new terminals to make up for the battery including insulated quick release terminals but that's for another day.